The growth in the consumer technology is beneficial for mankind but there is some hazardous factor associated with it and we can’t afford to overlook them in any manner. For example, Smartphones. Smartphones are the boon for the entire human race but we already know the negative results of using a smartphone in an uncontrollable manner.

Similarly, we have another piece of technology which is growing and being adored by a lot of tech enthusiast. That are Drones. Drones are getting cheaper and now being used by civilians (apart from the military for monitoring exercise) for capturing some of the finest aerial shots. But a drone flight by non-professional drone pilot (maybe Dad, brother, Mother, friend) is an open invitation to some of the horrible mishappenings. Maybe you never heard the news about a drone that hits British Airways plane as it prepares to land at Heathrow. You can read more about that here.

After that incident, the government felt the need to impose some regulations on Drones and no doubt, it is a need of the hour. Not only that, there are thousands of cases that led to the accident because of drones.

So, if you are in India, US, UK and planning to buy a Drone for personal use or for commercial use, make sure you are aware of these drone regulations.

See Also: Best Nano Drones with Camera You can Buy

On October 30th, 2017, the Indian Government finally took a step towards Drone regulations in India. India’s aviation regulator, the Directorate General of Civil Aviation (DGCA) unveiled a PDF for the usage of aerial vehicles.

In the press conference, Civil Aviation Minister, Ashok Gajapathi Raju said “Drones have a lot of capability. Hence, it was generating a lot of interest. Not having any regulations amounted to a complete ban, So, we decided to go ahead and develop a regulatory framework.”

So, DGCA categories the drones into 5 major categories and all the regulations are based on these 5 categories. The categories include Nano, Micro, Mini, Small, the Large drone that weighs less than 250 gm, 250gm to 2Kg, 2Kg to 25Kg, 25kg to 150Kg, greater than 150 Kg respectively.

For Nano Drones, they are prohibited to fly above 50 ft and must be registered with DGCA and must have a Unique Identification Number. For Micro Drones (weigh more than 2kg but less than 25kg) will require clearance from Air Defence and every drone pilot must be 18 years old and must have gone through the training process. No drone is permitted to fly within 5 km radius of an operational airport and 50Km of an international border.

The above-mentioned points are just a basic overview of drone regulations in India. For complete in-depth info, download the official pdf by DGCA here.

The PDF file explains the process to obtain UIN and the training procedure for the drone pilot’s training.

Flying Drones to be legal in India

Directorate General of Central Aviation has announced the policies from Flying Remotely Piloted Aircraft System (RPAS) aka. Drones in India which would be applicable from December 1 and Flying drones would be legal in India. There are some restrictions that drone pilot has to follow to follow the conduct. A dedicated Airspace has been established to control the Drones in India. Drone pilot need to go through one-time registration of the drone as well as the pilot where each drone will be recognized with a Unique Identification Number (UIN).

Except Nano Drones, each drone must be equipped with mandatory equipment or compatible with certain Drone Technology. There is a list of equipment and tech for legal drone flying. Some of them are, Return to Home (RTH), GPS, GNSS, Anti-Collision light, ID-Plate, Flight Controller With Flight logging capability, RF ID, SIM for No Permission No Take Off (NPNT).

The airspace has categorized 3 areas viz Red, Yellow & Green. The red area is a restricted area and flying drones in those areas would be a legal offense. Yellow Area is a controlled area where you have to follow the code of conduct in order to fly the drone. Crossing the code of conduct would be a legal offense and you may need to pay penalties or in the worst case scenario, your registration will be suspended/ canceled and you may face penalties under IPC also. Green Area is an absolute free area and you can easily fly the drone, within the set rules.

For every area and every time, Drone pilot would be required to take permission from the authorized authority using the smartphone app.

No Drone Zones in India

There are certain areas where the flying drone is strictly not allowed. The regulation defines the ‘No Drone Zones’ around Airports, International border, no Drone within a 5KM radius of Vijay Chowk in New Delhi, State Secretariat complex in State Captial, Strategic locations, and military installations. Flying drone beyond 500 m the into sea from the coast line is also not allowed. Flying drone in Eco-sensitive zones around National Parks and Wildlife Sanctuaries required special permissions and without prior permissions, you will face the consequences.

Drone Regulations in the USA


The US Federal Aviation Administration (FAA) has also announced Drone regulation in the US which are applied to everyone who is looking to use the drones either for capturing family picnic photos or for their business. The rules are also applied to the giants like Amazon and Walmart who are using drones for delivering orders to their customers.

According to FAA, the drone must be in the sight of drone pilot everytime drone is in the air and tools like binoculars should not be used to extend the eyesight. No drone pilot will fly the drone from moving vehicle whether from Roadways, Airways, Railways or Waterways. You cannot fly a drone over people. The drone can take off only in the daylight and twilight hour.

Only one person is allowed to fly one drone at a time. Anyone having the mental conditions is not allowed to take off the drone flight. Every drone pilot must have been prepared with paperwork in case FAA asked for the inspection. Every drone pilot has to report the serious accident/injury caused by their drone within 10 days of the incident. Here are some incident explaining why FAA hates drones.

For commercial use of drones, A pilot has to appear and pass the “Knowledge test” at FAA Approved center. A drone can carry any package as long as it doesn’t affect the basic function of Drone to fly, also, weighs less than 25Kg (55lbs). The speed of drone should not be more than 100MPH.

This is just a summary of FAA report about Drone Regulations in the US. If you want detailed information regarding Drones regulations, you can download the official pdf here.

Drone Regulations in the UK


There is no problem in buying and flying a drone in the UK as long as your drone weighs less than 20Kg and you are not using a drone for commercial use. Along with that, Civil Aviation Authority (CAA) also suggested to not to fly drone within 150 meters of congested area. Moreover, flying a drone above 50 meters of a person, vehicle, structure etc. which is not in control of the pilot, is also not suggested by CAA.

Another point to consider is that a drone in the air must be within the sight of the pilot. That means you cannot fly above 400 meters in altitude or 500 Meters horizontally. If you want to go beyond this, you need a special permission from CAA.

Anyone in the UK if wanted to use the drones for commercial use must be asked for the permission from CAA and get the license from CAA, you have to show competent for the drone. Another thing to be taken care of is the consent to capture videos/photos. Recording videos or capturing photos without the consent of the person is the breach of Data Protection Act or CCTV code of practice.

The drone regulations in the UK is still evolving and in future, all the commercial users of drone in the UK need to register their drones with an online database and this will also be applied to those who are buying drones just as a hobby or a toy.

These are some of the drone regulations in the India, USA and in the UK. Drones are evolving and industry is also growing. According to FAA, in the next 5 years, Drone industry would be worth more than $9 Billion and this number is good enough to depict the future of Drone industry. In last 2 years, consumer drones evolved a lot. The giants like DJI, Parrot etc are manufacturing some of the greatest drones for consumers. The DJI is offering DJI spark in $500 bracket and that drone is ridiculously amazing having the capability to record high-quality videos and photos.

Due to increasing demand for consumer drones, it is crucial to impose some legal regulations in respect of drones for the security of drone pilot as well as for society as the whole. The government of leading economies has already taken the initiative and with changing scenario, we will witness more jurisdictions regarding drones. 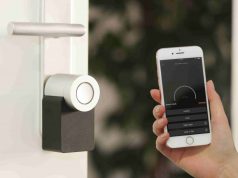 How to Keep Your Smart Home Secure