Home Apps How to Experience Fuchsia OS on Android

The thing which is really new about Fuchsia is that it is based on Google’s own microkernel called Magenta. The kernel is the component which allows your smartphone’s hardware to communicate with phone’s software. It also manages the system resources and communicates with external devices when needed. So, before Fuchsia, Google uses LINUX Kernel for Android as Linux Kernel is an open source and Android developer can modify it according to the need. Linux Kernel provides Android Developers a platform to design Android OS. If you are interested to know more about Linux kernel, Go here.

In the case of Fuchsia, Google is using Magenta which is Google’s microkernel and that’s why nerds around the globe are getting excited about that.

Fuchsia is in the development stage and we cannot expect Fuchsia anytime soon. The screenshots and videos are really appealing and we all wanted to experience it as soon as possible which is next to impossible for now. But, you can try Fushcia on your Android device. The credit goes to Kyle Bradshaw of hotfixit who developed an app called Armadillo through which you can experience Fushcia on your Android smartphone. So, How you can get Fushcia on android?

It is very simple. You just need to install an app on android like you always do.

1. First of all, make sure you have enabled the installation from Unknown Source. You can do that by going to Settings > Security > Turn on Unknown Source.

2. Now, go here and download the apk on your phone. Armadillo is not available on PlayStore. It is a link to Google Drive and is absolutely safe to open.

Everything you would experience in Armadillo about Fuchsia is different from Android. Some of the things I want you to experience is the new settings. On the first screen, tap on the avatar and it will open Notifications and something like Quick Settings of Android. Here you would see Airplane mode, Screen Orientation, battery, Wifi and much more.

Another thing is Keyboard. Tap on Ask For Anything followed by Google Logo. You can use Keyboard now. You can also tap and hold the dummy apps to combine two apps just like multitasking in Android.

There is nothing in the Armadillo app drawer or any application but you can experience and get a glimpse of future UI by Google. You will feel the ill-natured UI of this apk as it is still in development stage and it is not so advanced as of now. The animations are not so smooth and there is nothing in the app which supports your phone’s software expect battery and time. But still, Kyle Bradshaw has done a great job by developing the apk for experiencing Fuchsia on Android. For now, Fuchsia is a very long wait and till then enjoy Android.

See Also: Get More Internal Storage on Android with these 5 Simple Ways

What do you think about Fuchsia? Did you like that? Can it replace the Android in Future? Let me know in the comment section below. 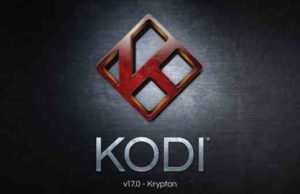