Smartphones are the hottest gadget of 21st Century. From 10-Year-old Kid to 60 Years old retired, everyone is just fond of the smartphones. With that, we can see the rising demand and sales of Smartphones around the world. To fulfill the demand and to enjoy the perks of heavy sales many new companies are emerging with their latest smartphone in the market. In all that, a consumer who just wants to buy a smartphone that can give the value of its price is getting confused. So, to eliminate the confusion of buying best smartphone in limite budget, here is the list of some Best smartphones that you can buy under ₹20,000 ($350)


Best Smartphones under ₹20,000 in India

So, here are the best smartphones you can buy

MiA2 is a successor of the Google’s ‘Android One‘ initiative. MiA1 was the successful attempt to provide the best Android smartphone experience in a budgeted price spectrum. No doubt, Xiaomi’s hardware, and Google’s Software is the best combination one can have that too under 15K. To keep on the legacy,  we have MiA2 with us.

There were many ‘Fanboys’ who are waiting for MiA2 from pretty long time and now it finally is out.

The camera of MiA1 was so good in the price segment and everyone who was looking for a Camera phone under 15K was buying MiA1. This time also, Mi is promoting the phone as a ‘Picture Phone’. MiA2 comes with dual 12MP f/1.8 and 20MP f/1.8 camera sensor. The MiA2 is also equipped with dual LED flash and you will also get PDAF, HDR, panorama.

The MiA2 comes with AI selfie camera which detects the image and then processes it for the best results. The front-facing camera of 20MP, f/2.2 can capture group selfies with perfect bokeh.

This time, Mi decided to remove the 3.5MM jack which significantly reduces the thickness of the phone. The MiA2 is just 7.3mm thick which is pretty light on hand. You will get USB Type-C to 3.5MM adapter in the box.

MiA2 has a powerhouse of just 3,000mAh which, to be honest, I doubt, would it be enough for those who play PUBG on their smartphone? MiA2 supports Quick Charge 4.0 but for that, you need to buy an additional charger from Mi. Now That was not expected at all!!!

Out of the box, Mi A2 runs on Android 8.1 Oreo but you will get the Android P update on the MiA2 very soon. The MiA2 is a balanced phone. If you want Stock Android with a great camera, MiA2 is for you. I would not say anything about the Battery as of now.

The Phone is available on Amazon starting from ₹16,999. The MiA2 6GB RAM + 128GB storage will be announced soon.

Redmi Note 5 Pro is a successor of Xiaomi’s super hit Note series. Xiaomi introduces Note 5 Pro with 2 variants, one with 4GB RAM and another one is 6GB RAM. Both the variants come with 64GB of internal storage which is expandable up to 128GB. Talking about specs of the Redmi Note 5 Pro, it runs on Snapdragon 636 chipset based on 14nm architecture and this makes Redmi Note 5 Pro the first smartphone on the planet with Snapdragon’s brand new processor.

Talking about the display which is the biggest update to the Note series. Following the new trend of the 18:9 display, Xiaomi also updated the Note 5 Pro with a 5.9-inch Full HD+ display with the aspect ratio of 18:9 which is going to provide you great experience while playing games or watching videos on Redmi Note 5 Pro.

The market says, Xiaomi is ‘Apple of China’ and they also believe that. So, Xiaomi also did what Apple did with iPhone X. I am talking about the camera design of Redmi Note 5 Pro. You will barely notice any major difference in the camera design at the first glance. So, Redmi Note 5 Pro is equipped with a 12MP+5MP dual rear camera that is going to give you some really great shots with depth effect. This time, Xiaomi also did some software tweaks that significantly improved the photos in low light and in artificial lighting.

Xiaomi is a great competition to brands like Moto, Samsung, Oppo, Vivo, Lenovo especially in under 20k smartphones in India. Xiaomi already killing the sales of Moto, Samsung, Lenovo by providing a great blend of design and specs and now, Xiaomi is targeting Vivo and Oppo which are targeting consumers in India for Selfie Camera. Every ad campaign of Vivo and Oppo in India is mainly focused on Selfie Cameras.

See Also: Best Smartphones You Can Buy Right Now in 2018

To clutter the competition, Xiaomi equipped Redmi Note 5 Pro with 20MP Sony IMX376 camera sensor as a front facing the camera with LED flash. The photos are really great and yes, you can capture selfies with depth effect. The depth effect is processed by software and sometimes, it does blur some corners which are not sharp like hairs and that is okay as there is single camera sensor.

Honor 7X is an Android smartphone from Huawei. In terms of specifications, the phone runs on 2.36GHz Kirin 659 octa-core processor, Mali-T830 GPU coupled with 4GB RAM. Honor 7X comes with an inbuilt storage of 32GB that is expandable up to 256GB using SDCard. Following the trend of 18:9 displays, Honor 7X comes with a 5.9-inch Full HD+ capacitive touchscreen with 18:9 Aspect ratio and 407 ppi pixel density.

For camera job, Honor 7X has a 16MP + 2MP dual primary camera and 8MP front-facing camera. Unfortunately, Honor 7X doesn’t come with the dual front-facing camera that you will get in Honor 9 Lite. But good thing is, you can still capture great selfies with bokeh (blurred background). Rounded metal design with 2.5D Glass makes the Honor 7X look gorgeous. For the price of ₹12,999, Honor 7x is definitely a great smartphone to buy.

Ever since Nokia came back with the new parent company, HMD Global, Nokia failed to lure their customers like they used to do in the early 2000s. But now, with Nokia 6.1, which is also known as X6 in China, is all set to compete for the Indian Smartphone market which is really competitive right now.

Nokia 6.1 Plus is the first Android One Smartphone by Nokia. Before that, we have Mi A2 which is also an Android One smartphone having some disappointments (MiA2 don’t have a 3.5mm jack).

This time, Nokia set the competitive price range which is actually a threat to companies like Mi, Honor.

So, Nokia 6.1 runs on a Snapdragon 636 Processor which is coupled with 4GB of RAM and 64GB of storage which is, of course, expandable up to 400GB using SDCard. Out of the box, the phone runs on Android 8.1 Oreo and you don’t need to worry about Android P because it will be available soon for Android One devices.

Apart from that, Nokia 6.1 Plus comes with 5.8-inch 19:9 FHD+ (2280×1080) IPS LCD panel which is so far the best screen right now in the segment. While comparing it with MiA2 and Redmi Note 5 Pro, Nokia 6.1’s display has better viewing angles and color production. This time, Nokia 6.1 comes with a Notch that expands the display area and you can turn off the notch if you don’t like it (like me).

Talking about the camera, Nokia 6.1 comes with dual camera setup with 16MP f/2.0 camera and 5MP f/2.4 camera with a LED Flash. For selfies, Nokia 6.1 comes with 16MP f/2.0 camera sensor. It has a powerhouse of 3,060mAH battery which will give you juice for one day. The phone runs on Stock Android and comes without any bloatware. The camera app of the Nokia 6.1 has Nokia’s flavor which is good as Nokia provides you a couple of extra camera features.

The phone has a fingerprint sensor, Face-Recognition, USB Type-C and also a 3.5MM jack. The device has a metal body with glossy glass back panel and Gorilla Glass at the front with 2.5d glass which makes the Nokia 6.1 stand out from the crowd.

Honor is doing great with their smartphones. You will get a good-looking, powerful and value for money Android smartphone in almost every price segment. Under the 20,000, Honor has a lot of smartphones that you can choose as per your preference.

So here is the latest, hot smartphone by Honor called Honor 7C. The phone comes with 5.9-inch Full View display with 18:9 Aspect Ratio. The Honor 7c runs on 1.8Ghz Snapdragon 450 Processor coupled with 3GB & 4GB RAM with the storage option of 32GB or 64GB. As per the trend, the phone comes with dual 13MP + 2MP  rear camera and there is 8MP front-facing camera. There is fingerprint sensor as well as Face Unlock for security purposes.

You can connect 2 Bluetooth devices with Honor 7c at the same time which is pretty good feature. Another good thing about Honor Phones is dedicated slot for Dual SIM and SDCard. You can use 2 SIMs as well as an SDCard.

Moto G series is the most popular series by Moto. The G series phones are budget-friendly and come with the impressive specs sheet which is good for any regular smartphone user. Moto launched its 6th Generation Moto device in June 2018. The Moto G6 Plus runs on a 1.8Ghz Snapdragon 450 processor and comes with the RAM & storage options of 3GB & 32GB and 4GB & 64GB. The Moto G6 has 5.7 inches IPS LCD display having 18:9 aspect ratio with the resolution of 2160 x 1080p.

The G6 has dual camera setup with 12MP & 5MP PDAF sensor with f/1.8 aperture which is capable to capture portrait shots and for selfies, there is a 16MP front-facing camera. For security, there is Fingerprint sensor at front and phone also comes with face unlock feature which works with algorithms as there is no dedicated hardware for reading faces. Know more about Moto G6.

There are a lot of people who are brand conscious and wanted to buy the smartphone of tier 1 brands. For those, there is Samsung J8 which is the latest Android smartphone in Samsung’s J series. The Korean giant is popular for their innovations in their flagship smartphone but now cheap phones are also getting better and better. Samsung J8 is a good package for its price with the Samsung branding.

The phone has Non-removable Li-Ion 3500 mAh battery which gives a good battery backup for a day. Yes, you will get fingerprint sensor on J8.

If you are someone who is looking for latest balanced smartphone from Samsung under 20,000, Samsung Galaxy J8 is worth considering. For bigger specs sheet, you can go for Mi. And, if you are looking for a Stock Android smartphone under 20K, MiA2 is for you.

So, these are some of the best smartphones that you can buy in India under ₹20K. There are a lot of other smartphones but again, the rest is just to confuse you. These are the shortlisted phones and have enough potential to satisfy all your cravings. If you are looking to buy Oppo or Vivo phones then I will strongly suggest you to not to buy them as they are overpriced and do not worth the money. The above-mentioned phones are the value for money smartphones. If your budget is more than 20K, you can take a look at the list of Best Smartphone.

Which one is your favorite phone? Let me know in the comment section. If you have any query regarding buying decision, let me know and I will love to help you out. Also, share this list with your confused friends and relatives and help them find their best smartphone. 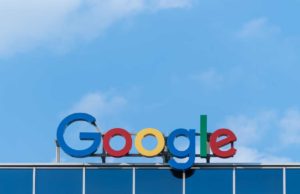 30 Amazing Fun Facts about Google to Surprise You 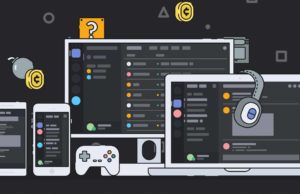